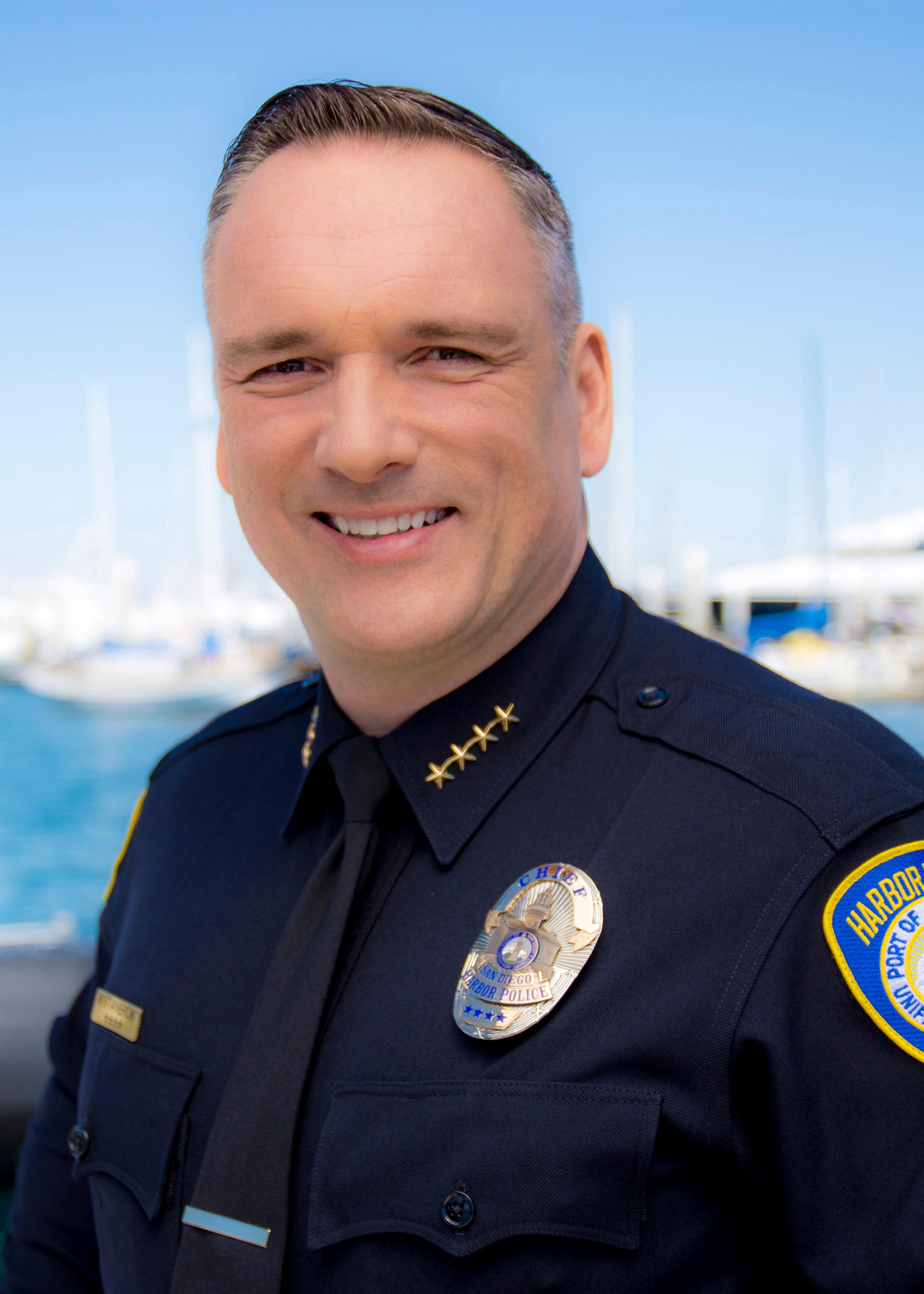 Beverly Hills, CA (October 13, 2021) – Mark Stainbrook, a law enforcement veteran with almost three decades of public service, has been selected as the next Police Chief for the City of Beverly Hills.  Stainbrook currently serves as Chief of Police and Vice President of Public Safety for the Port of San Diego.

“I am thrilled to welcome Mark to Beverly Hills,” said City Manager George Chavez.  “His international credentials, experience in high-profile agencies and collaborative approach will bring new energy and valuable insight to our community and the department.  I would like to thank Interim Police Chief Dominick Rivetti for his tremendous leadership over the last 18 months during some of the most challenging times in the history of the City.”

At the Port of San Diego’s Harbor Police Department, which is the law enforcement presence on the San Diego Bay, the San Diego International Airport, and the Tidelands around the Bay, Chief Stainbrook oversees 146 sworn and 32 non-sworn staff.  The Department also has jurisdiction in portions of the cities of San Diego, Chula Vista, Coronado, Imperial Beach, and National City.

Chief Stainbrook began his career as a Police Officer with the Los Angeles Police Department in 1995, eventually promoting to the position of Lieutenant before joining the Port of San Diego as Assistant Chief in 2011.  He was elevated to his current role in 2018.  In 2019, the San Diego Crime Commission selected Chief Stainbrook as the County Law Enforcement Official of the Year.

“The opportunity to lead the Beverly Hills Police Department is the culmination of my career in law enforcement,” said Chief Stainbrook.  “I look forward to working with the outstanding staff of BHPD while engaging with members of the community as we all work together to keep the community safe and move the department forward.”

Chief Stainbrook recently retired as a Lieutenant Colonel in the United States Marine Corps Reserve with 32 years of military service. He held a variety of assignments including military police, civil affairs, and information operations. His awards include the Navy-Marine Corps Medal for heroism, as well as the Army Commendation Medal and the Navy Achievement Medal.  While serving in Iraq in 2003, Chief Stainbrook was tasked to reconstitute Iraqi police units in Baghdad. His experiences were chronicled in the article “Seven Days in Baghdad” (Police Magazine, December 2003).

Chief Stainbrook earned his bachelor’s degree from the Norwich University Military College of Vermont and graduated with honors from California State University Long Beach with a master’s degree in Public Policy Administration. His master’s thesis, Attitudes of American-Muslims towards Law Enforcement: A Comparison of before and after September 11, 2001, was the catalyst for his selection to a Fulbright Police Fellowship. During his Fulbright, he was a visiting fellow at Leeds University in the Religious and Theology Department and was seconded to the West Yorkshire Police Force.

Chief Stainbrook has worked with the U.S. State Department in Kenya, Chad, Nepal, India and Thailand to train their police forces on homeland security, counterterrorism, criminal intelligence and community policing methods.  He is a graduate of the FBI National Academy in Quantico, Virginia.

Chief Stainbrook is expected to begin duties in late November.  Dominick Rivetti has served as Interim Beverly Hills Police Chief since May 2020.